Mi Band 5 is now available in China, the UK, and Europe. It’s a decent fitness smartband designed to track your active life and control and manage updates from your phone with a 14 days battery life. The Mi Band 5 succeeds Mi Band 4 that was released last year, it comes with more health tracking features, the display is larger and brighter and the battery life is slightly longer. In this post, I’ll show you the differences between Mi Band 4 vs 5 so you know if the new smartband is worth your money or perhaps an upgrade might be necessary.

The appearance of both Mi band 4 and 5 looks exactly the same except for slight differences in the display sizes. It’s the same polycarbonate material used for the case of both devices and TPU straps, while the display is covered by anti-scratch glass material, navigation is still via touch key and it’s the same AMOLED display that powers the display of both devices. The difference though is that Mi band 5 has a 1.1 inches display which is slightly bigger than that of Mi Band 4’s 0.95 inches, thanks to it’s slimmer bezel. Mi Band 5 also has a brighter display with a maximum brightness of 450nits compared to 400nits of Mi Band 4.

Both devices are also rated 5ATM which makes it safe to wear any of these to the shower or pool.

Both Mi Band 4 and 5 will track your daily activities such as sleep, continuous heart rate tracking, steps, calories, sedentary reminders, and can also connect to your phone GPS to enable outdoor activity tracking.
However, Mi Band 5 now has more health tracking features such as menstrual cycle tracking that allows women log period cycles with an alert function.

Stress tracking has also been added, Mi band 5 can monitor your stress and will help you reduce stress through a guided breathing session.

Another new feature is the Personal Activity Intelligence (PAI) vitality index; a new, innovative system that converts your heart rate data into a personalized score that indicates the level of activity required in order to maintain good health.

There’s also blood oxygen saturation tracking that aids in giving you detailed sleep data. Xiaomi claims sleep tracking accuracy has improved by 40% with the addition of the REM stage and 24/7 sleep tracking. Thus, Mi Band 5 will track your sleep in three stages; deep, light, and REM. Besides being able to track your heart rate continuously, Mi Band 5 can now detect irregular heart rate and will alert you.

There’s no much difference in the battery life between Mi Band 4 and 5, as both can last up to 20 days on power saving mode, but Mi Band 5 according to Xiaomi can last up to 14 days with continuous tracking.

There’s NFC in the Chinese version of both devices and support payment through Ali Pay, but Xiaomi has added Union Pay to the list of supported payment options.

Both Mi Band 5 has the ability to unlock your phone and features incoming call and text notification, do not disturb, and more, but Mi Band 5 can now control your phone camera.

Clearly, Mi Band 5 is a better smartband than Mi Band 4. It has a better display and is loaded with more health tracking features, yet priced about the same as Mi Band 4. 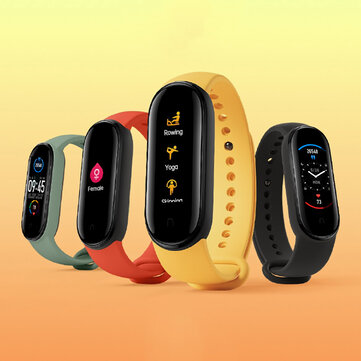 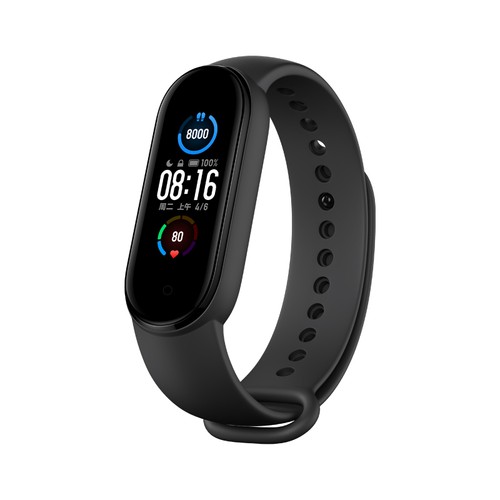